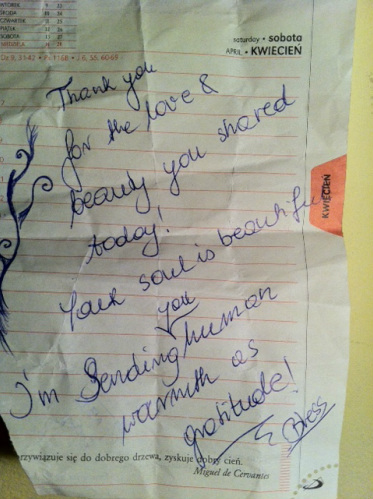 lONDON 2013
2013 bERLIN / lONDON
Hi James, I just want to say that I heard you playing over in Greenwich in London last Sunday evening and I thought your music was absolutely sublime. I was planning on watching a film but it was such a nice evening that I thought i'd go for a walk instead. When I went outside I heard this wonderful music coming from the other side of the river Thames. I couldn't see a band playing but I knew I had to go over and check it out. When I got over and saw it was just you (a lone busker) producing this life affirming sound I couldn't believe it. You were far and away the best busker I have ever seen and as good, if not better than a lot of the music I listen to. You remind me a bit of Explosions In The Sky mixed with Eluvium, The Fun Years and a bit of classic blues guitar thrown in there. Max

Thank you for the music James. we heard you on a sunny day in Berlin.. i think it was the 4th of march 2013.. stay blessed .your music is pure like you... Respect.

What I needed, by Moeskido...
I first heard this gentleman busking on the F train while on my way back from a jazz gig in Park Slope, Brooklyn. He was exceptional. His instrumental work was relaxing and emotionally affecting at the same time. It was just what I needed at the moment, and I was happy to toss him a bit of money. I've been glad to see him gaining wider distribution of his work, not to mention his collaboration with other artists. I'm happy to support this kind of talent, if only in my small way.

This Review was recieved after Performing with Jadon Woodard N.Y.C. feb 4, 2012 l saw you on the train with my mother. l am only 8, but when i heard you rap it mad sense. it was not about how you have sexy girls and how much money and diamonds you have. that was pure and clean . i hope you get a real career in the music bisnuss.
you are my new insperation!


iNTERVIEW wITH H.D. iN eFFECT

Underground Wednesday
As I said before and will say until the day I die the MTA is reality television without the scripts and manufactured characters. The other day among the craziness there was an actual talented musician riding the subway. Even better the women sitting next to me was somewhat of a fan and has seen the act before and says she would not be shocked if this guy and his female singer became huge stars one day. At that point I thought she was like their manager or agent. Well if they do become famous celebrities I hope they remember this blog is where they got their first glimpse of the spotlight. Don't laugh it could happen.
Their CD is called Generations Mix and has five songs on it.
Posted by BlknBr

bERLIN 2011 Tour...
saw you on a couple train stations (and inside trains) in berlin...man, you really changed the atmosphere there and also my own state of mind for the rest of the night...thanks for playing! BjÖrn NrÖjb

hey, thanks for turning my ride on the  s 42  into a jim jarmush-movie !! patrick

Hi. my name is beck. you gave me a small paper on the train in berlin. I think your music is different. so i gave you some coins that i had at that time. what are you doing in Berlin? are you from New york. I wish you have a Great time in berlin. Gute Nacht!!!

Hi James, I heard you play yesterday on the underground and gave you some cash and you gave me this lovely card...a nice touch. Anyway, I loved how you played and I was wondering if you would fancy to come by a surprise party that I am planning to organise for my mum?

N.Y.C. 2010 - 2011
Hi, I heard you on the F train last night between Carrol and 4th Ave. Found your playing quite moving. Thanks for doing what you do. Cheers, Monica

How u doin? I met you on the f train one night and I just wanted to let you know your music made my ride and mood a lot better than what it was. I had my 2 year old son with me an u winked at him and he loved your music as well. He handed u a 5 dollar bill and you said thank u sir lol. Just wanted to wish you the best and let you know your making everyones day a little bit brighter. Thanks man, Ray

i love it when this happens - i put some dough into your pillow case on the f train and you gave me this gorgeous cd that i'm listening to now. thanks for the nice music and keeping it real, peace. Mia

Hi James. I heard you perform on the subway today and I'm listening to your C.D. right now. I just wanted to shoot you an e-mail and say thank you. Your music's really good. It made my day :) Jack

Dear Music Guy in Subway, Or should I call you gHSTS?
My sister and I were on the train and you played a beautiful song. I gave you one pathetic dollar when you deserved a lot more. I was about to leave the train when you said "wait" and handed me a CD. An explosion happened on an oil rig in the Gulf of Mexico. I am from Louisiana (but lived in NYC a long time) and have been totally freaking out about the ultimate destruction of one of the most precious eco systems in the world. Two things have saved my sanity. Your little sample CD and a Daily Kos live blog. Thank you for all that beauty. I think I'm going to need to buy your CD's. How do I do it? Sandra

Hi there, Last night, I got on the G train at Metropolitan with headphones on which I had actually been wearing most of the evening. You got on the train and started to play and I could hear you over the music in my ears and I instantly knew I had to turn what I was listening to off. What you played filled that subway car and I SAW people connecting to what we all HEARD. When you finished, I gave you five dollars which was miniscule compared to what you offered us all in those brief moments. When I got home, I put your music on my ipod and listened to your CD on repeat for the rest of the night. Words can't quite convey the feeling I felt while listening to your music, so I will simply say, thank you. Thank you for sharing yourself, for creating an energy, a force which caused me to pause, To simply live and breath and listen. And that experience was a gift. Truly. Thank you. Your generosity enhances this world, our world. Happiest of Springs to you. Much joy and love and prosperity to you always. All the best, Kristy

zine world #28
Riding on the Rails: This is basically a long essay written by a self-proclaimed NYC subway performer who makes his money playing music in the stations. He recalls one night when he plays with another musician named Ziggie. I loved this zine. It’s beautiful and transcendent in some parts, concise, and engaging. James has a strong voice that really comes through in his writing. Highly recommended. –katie 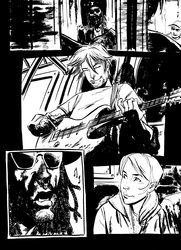 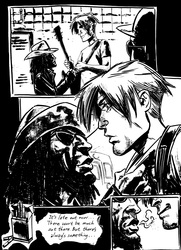 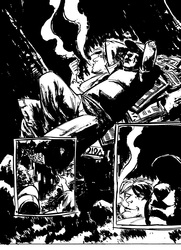 The Subway Brought Me Back: An Interview with James Joseph « The Road From Here
Review from sUGAR n Thunder

My friend Dusty handed this to me at work today. If you've walked the sidewalks or rode the subway in NYC you have no doubt seen a busker or two.From the flamenco quartets on the L train to late night classical pianist at West 4th, despite recent attempts to squash it, is still alive...By: Lobo Jones Photography

« New York is looking white and clean,Organized is not always as good as messy »       gHSTS & gUITARS – great late night subway music By MattK | Published: February 13, 2006 Saturday was busy. I went up to hunter mountain for some riding and then deeper into brooklyn for a pal’s birthday party. Coming back late at night this guy gets on and begins playing guitar, his amp strapped to his back. He gave me this crappy little xeroxed card that gave his myspace address – this stuff is great for a late night subway ride.
Powered by

Create your own unique website with customizable templates.
gHSTS & gUITARS